Marinette, WI. —June 4, 2022 — The infamous waters of the bay of Green Bay will be the battleground for the 2023 Bass Pro Shops and Cabela’s National Team Championship (NTC), the world’s premier grassroots walleye tournament and city of Marinette, WI, an angler’s dream destination, will play host.

The Bay of Green Bay is among the most requested venues amongst The Walleye Federation clubs when surveyed each year and for good reason. Not only is it a central location, allowing clubs from eastern and western states to attend a neutral location, it has some of the largest, most accessible fish anglers will encounter. It could reasonably take 35 lbs. or more per day to win the event.

Teams traveling from out of town will be greeted with ample amenities that make an angler feel comfortable being away from home. There’s lots of affordable lodging, some of the area’s greatest restaurants, pure “Midwest hospitality” in the host city of Marinette, WI. and there is a large Cabela’s store is only minutes away from the lower end of the Bay at Ashwaubenon, WI for any fishing needs. The City of Marinette has rallied around the fishing community and wants every one of the teams to feel welcomed to their little slice of paradise. 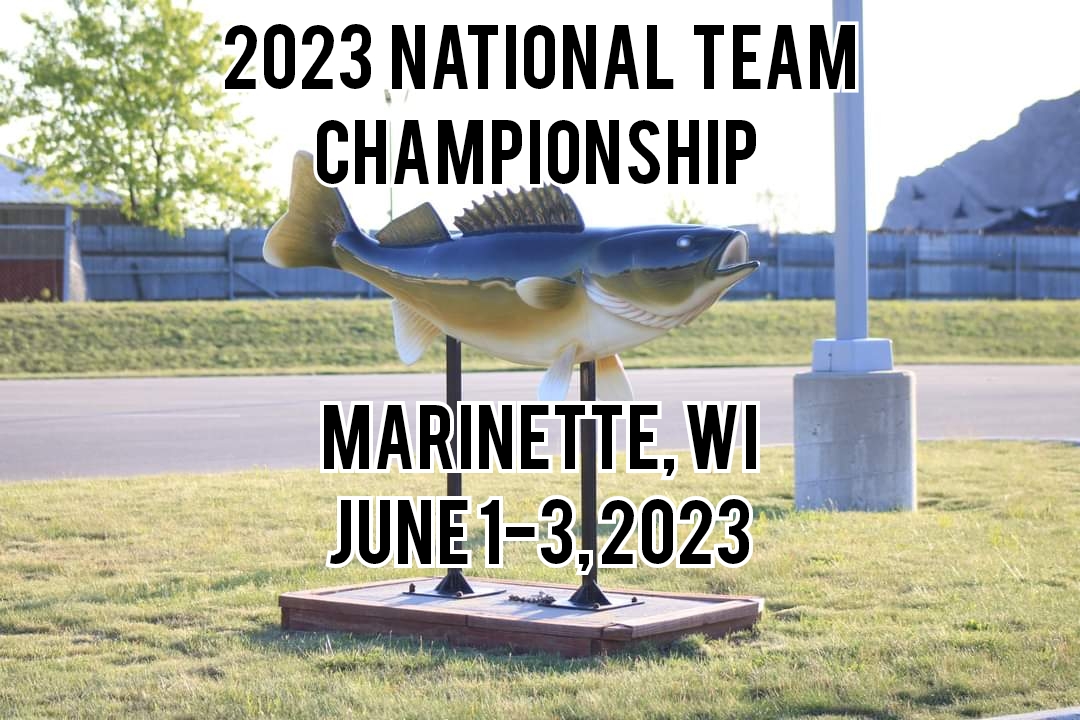 Jeff Kelm, The Walleye Federation’s national tournament director and emcee for the NTC is excited to see what ways anglers will find to catch fish at that time of the year on the bay. “That time of year will bring many of the styles of fishing into play. If you’re a jig fisherman, you will absolutely have a chance at competing for a trophy, but don’t slouch on the trolling experts either, as that always has a chance to be the right technique.”

The Bass Pro Shops and Cabela’s NTC is comprised of teams that qualify through local tournaments organized by walleye clubs, circuits and side pot events, across the nation and sanctioned by The Walleye Federation (TWF). It is not too late to get your club signed up with The Walleye Federation and qualify anglers for this 2023 event, log on to WalleyeFederation.com to get started. In this three-day competition, which is limited to 250 teams, all teams will compete on June 1 & 2, then the field will be cut for the third and final day. The cut is significant, on June 3, only 25 teams will fish for a chance at the top prizes. For the teams that do make the cut to the All-American Top 25, they will receive custom All-American rings to commemorate the accomplishment and have an opportunity to seal their fate as Bass Pro Shops & Cabela’s NTC champions.

Adding to the excitement, the event will be streamed live online at walleyefederation.com, on The Walleye Federation’s Facebook page facebook.com/walleyefederation, and filmed for national television.

The Walleye Federation, based in Ponca City, Oklahoma, manages the qualifying process via TWF sanctioned walleye clubs all across the US and Canada and co-produces the event alongside the Bass Pro Shops and Cabela’s Marketing Sponsorship Team. Official sponsors include: Bass Pro Shops and Cabela’s, Mercury Marine, Ranger Boats and The Walleye Federation. For more information, visit walleyefederation.com, or call (580)765-9031