The Saturday tournament was won with a total weight of 18.53 lbs of fish by Nathan and Ted Lindstedt. Second place team had 18.36 lbs by Robby and Sherri Rowland who are also Nebraska Walleye Sponsors with venom lures. Third place team was Brett Lauder and George Matuka. Sheri Rowland caught the big fish of the day with a whopper 10.09 lbs!

Sunday’s tournament was won with a total weight of 20.87 lbs by Nebraska Walleye Sponsor Bill McGannon and Walleye Nation Creations and Brian Hunke. Second place team was David Brandon and Pat Chandler with 18.95 pounds. Third place team was NWA sponsor Mike Woerth with Built by Woerth Construction and James Paul. The big walleye of the day was caught by Doug and James Hesse weight at 6.85lbs.

Second place team was Rick and Dan Waldron with 519 points.

Third place team was Nate and Landon Stender with 517 points.

All the first-place winners both days won by using crank baits along the east side of the lake up by the dam and to the south fishing in 15-27 feet of water. The 10-pound walleye was caught on a venom lures blade bait. Bill McGannon mentioned he caught all of his fish using the Walley Nations Creations Bengal colored Shaky Shad. Some fish were caught using slab spoons as well but vast majority was caught using jointed crank baits and shaky shads.

A huge congratulations to all the winners and a huge thank you for all the teams and sponsors of the 2019 Nebraska Walleye Association!

Thanks for your support and we hope you have enjoyed the 2019 fishing season. 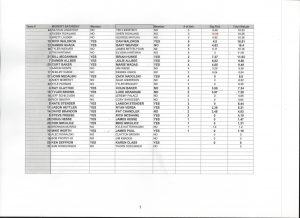 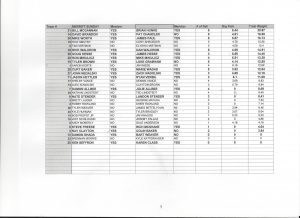 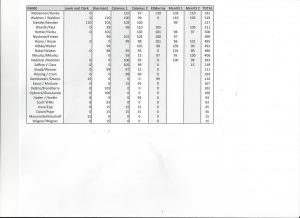