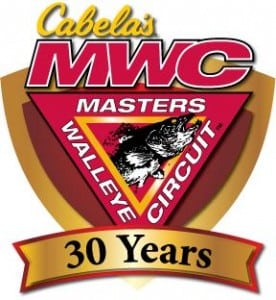 Along with a chance to claim the celebrated title of  “World Walleye Champions,” the event offers more than $100,000 in cash and prizes, plus sponsor contingencies including Ranger Cup, Berkley Baits, Lowrance Electronics, Optima True Blue and the Zippo Hot Hands Big Fish Award add thousands more to the total.

Teams qualified for the 2014 World Walleye Championship by earning points during the 2013 Cabela’s MWC season at 10 world-class destinations from Colorado’s Pueblo Reservoir to Lake Erie out of Huron, Ohio. Each spot in the field is by invitation-only, carries no entry fee, and is coveted among walleye tournament anglers.

Rich in fishing talent, the field is led by the 2013 Cabela’s MWC Team of the Year, Wisconsin’s Derek Navis, of Waupun, and Korey Sprengel, of Beaver Dam. Teams will compete three days for the largest total weight. They are allowed to bring their five best walleyes to the Cabela’s MWC stage each day, and under the Circuit’s catch-and-release format, the fish will be released back into Devils Lake.

Walleye fans of all ages are invited to watch the drama unfold live at the weigh-ins, which are free and open to the public. The festivities begin at 4 p.m. daily at Grahams Island State Park. Immediately following Friday’s weigh-in, the Cabela’s MWC, National Professional Anglers Association, Pure Fishing and Zippo Outdoor Brands will present a Youth & Family Fishing Clinic. The first 50 youths will receive rod-and-reel combos courtesy of the NPAA.

Adding to the excitement, on-the-water and weigh-in action will be filmed for national television airing on Federation Angler, on NBC Sports and the Pursuit Channel.

Under the umbrella of The Walleye Federation (TWF), the Cabela’s MWC is open to avid walleye anglers from all walks of life. The 2014 trail included 10 qualifiers spread across seven states. Teams showcased their skills—and sponsor products—at world-class venues such as the Illinois, Detroit and Mississippi rivers, Green Bay, Big Stone Lake, Kinzua Reservoir, and wind down the regular season on the fertile waters of Lake Erie.