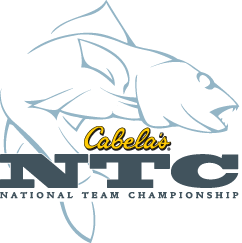 The St. Mary’s event marks the 12th edition of the NTC, and the sixth time that the Cabela’s NTC and Cabela’s MWC have joined forces to host two tournaments in one. One-hundred and ninety teams will vie for top honors in the Cabela’s NTC, competing for a $30,000 cash first-place check, plus a brand-new, custom-rigged, Evinrude-powered Ranger 621 valued at $60,000. A second, similarly decked-out Ranger will be awarded to the top Ranger Cup team in the Cabela’s NTC.

On the Cabela’s MWC side of the tournament, 114 teams will battle for a purse topping $61,000 in cash and prizes. Sponsor bonuses include Cabela’s Angler Cash, Ranger Cup, Lowrance HDS Gen2/Elite-7, Berkley Baits and Optima True Blue. Plus, anglers have the option of entering the Big Fish Pot, which pays cash awards for the top three walleyes each tournament day, and could add $5,700 to the payout.

All told, the combined payout tops $300,000 and teams fishing both events are in line for a serious payday. In 2011, Wisconsin anglers Derek Navis and Korey Sprengel scored a huge double-victory at the NTC/MWC dual event on Bays de Noc, Michigan. Navis and Sprengel’s winnings included a pair of Cabela’s 50th anniversary-edition Ranger 619s rigged with Evinrude E-tec motors, plus more than $49,000 in cash and sponsor bonuses from Cabela’s, Ranger Boats, Lowrance Electronics, Berkley, U2/The Oxygenator and PRADCO Outdoor Brands for total take topping $180,000.

All teams compete the first two days, August 22-23, with the Cabela’s MWC side of the event concluding the second day. The top 25 NTC teams on Day Two will carry their weights into a third and final day of competition on Saturday. Walleye fans of all ages are invited to the weigh-ins, which begin at 3 p.m. daily at William Gregory Park in Sault Ste. Marie. The Cabela’s MWC, National Professional Anglers Association, Pure Fishing and Zippo Outdoor Brands will present a Youth & Family Fishing Clinic immediately after the first day’s weigh-in. The first 50 youths will receive rod-and-reel combos courtesy of the NPAA.

This is the ninth of 10 Cabela’s MWC qualifying tournaments in 2013. The regular schedule wraps up on Cass Lake, Minnesota, out of Stony Point Resort, Sept. 13-15. The season concludes Oct. 17-19 with the Cabela’s MWC World Walleye Championship at Escanaba, Michigan.