Do you like to fish? Do you like spending time at Harlan County Lake? If your answer is yes to both questions come check out the Harlan Anglers Walleye Club.

The Harlan Anglers Walleye Club—HAWC–is a local club that was started over twenty years ago by local fishermen. Today HAWC has close to 100 members that include families. Members come from throughout Nebraska and from neighboring states like Kansas, Colorado and Iowa. HAWC tournaments continue to grow with many of the same people fishing these tournaments year after year. HAWC and its tournaments has been a great opportunity for members and nonmembers to get to know others and to build lasting friendships.

HAWC has several sponsors from the area and the surrounding communities. Sponsors are what make these events successful and also help HAWC support Youth Fishing. In 2017 HAWC will hold a free raffle at each tournament for a free Lifetime Youth Fishing permit for those fifteen years and younger. The Nebraska Game and Parks Commission offer these with Cabela’s paying half of the permit and HAWC paying for the other half. These Sponsorships is what helps the club have a one hundred percent payout, pay for the Lifetime Youth Permits and operating costs.

The Harlan Anglers Walleye Club starts its Tuesday night league on April 25, 2017 on Harlan County Lake. To fish the Tuesday Night League you must be a member of the Harlan Anglers Walleye Club with the cost of a family membership just $20 per year. Membership also goes toward an end of the year picnic with the club providing steaks for everyone and members bringing pot luck dishes. All members and their families are invited to attend the end of the year picnic. The club also hosts Sunday’s leagues from 7:00 a.m. to 12:00 p.m. throughout the summer with the weigh-in held at North Shore Marina’s boat slips. To fish these Tuesday night or Sunday tournaments the cost is $5.00 per person over the age of 18. You can have as many people in your boat as you want as along as all are members. You can check in one man’s limit per boat with the heaviest total weight winning the pot for the night. Of the $5 each person fishing, half goes to payout for that night and the other half is put back to go toward the end of the year picnic.

In 2016 the club purchased a trailer for these events and the club members spent the winter readying it for the upcoming year’s tournaments. 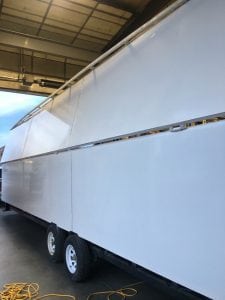 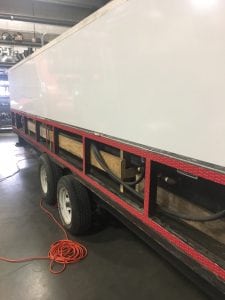 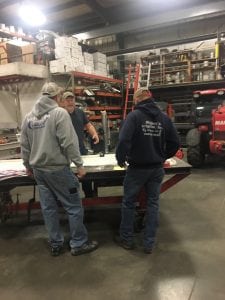 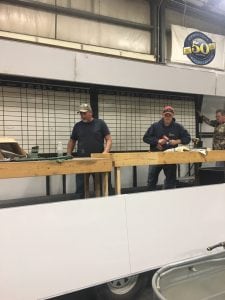 In 2017 HAWC is hosting four walleye Tournaments. The first, the Rod Marshall Memorial Tournament, is May 6 and May 7 on Harlan County Lake from 7:00 a.m. to 4:00 p.m. both days, is sponsored by the Nebraska Walleye Trail and HAWC. All entry fees are paid out 100% to the tournament participants with the weigh-in located on North Shore Marina Property.

The second 2017 tournament is HAWC’s Walleye tournament on June 4 on Harlan County Lake from 7:00 a.m. to 4:00 p.m. All entry fees are paid out 100% to the tournament participants with the weigh-in located on North Shore Marina Property.

The third 2017 tournament is the Harlan Anglers Big Eye Spinner Baits Walleye Tournament at Johnsons Lake on July 30 from 7:00 a.m. to 4:00 p.m. with weigh-in at Lakeshore Marina.

The fourth 2017 tournament is the Harlan Anglers Walleye Clubs End of the Year Walleye tournament on September 24, 2017 on Harlan County Lake 7:00a.m. to 4:00 p.m. with the weigh-in located on North Shore Marina Property.

Anyone that is interested in becoming a member of the Harlan Anglers Walleye Club or fishing the tournaments can get more information on the HAWC website at: www.harlananglerswalleyeclub.com.