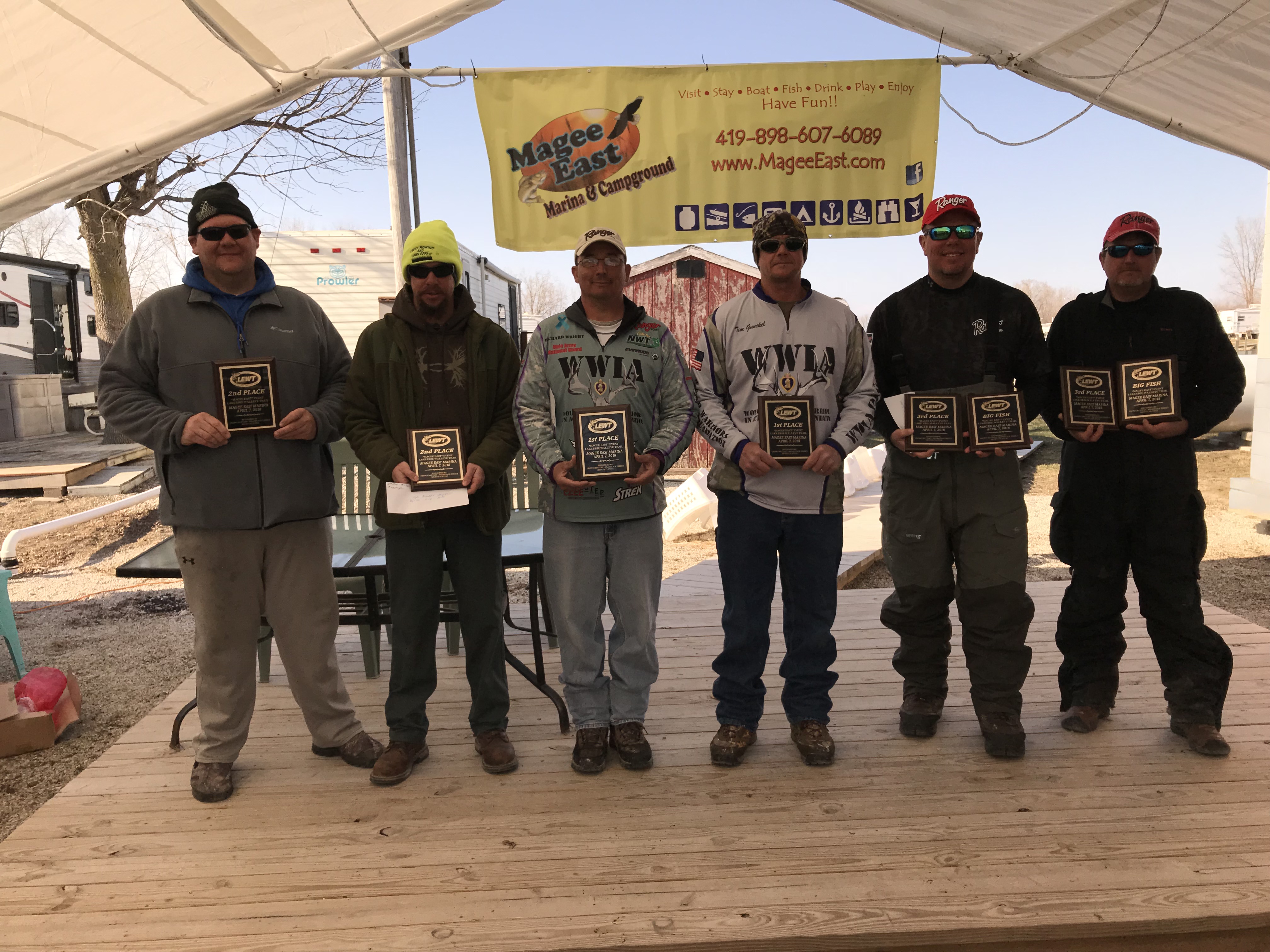 The sold-out field of 60 two-person teams headed out under sunny skies, freezing temperatures, and a 12-15 knot northwest wind on Sunday morning. “We had strong winds forecast overnight on Friday, along with a low water warning for the west end of the lake,” said LEWT Tournament Director Jeff Lash. “we decided the best thing to do was call it early and hold the event on Sunday. It was still a bit choppy Sunday morning, but overall it ended up being a fairly decent day on Lake Erie.” 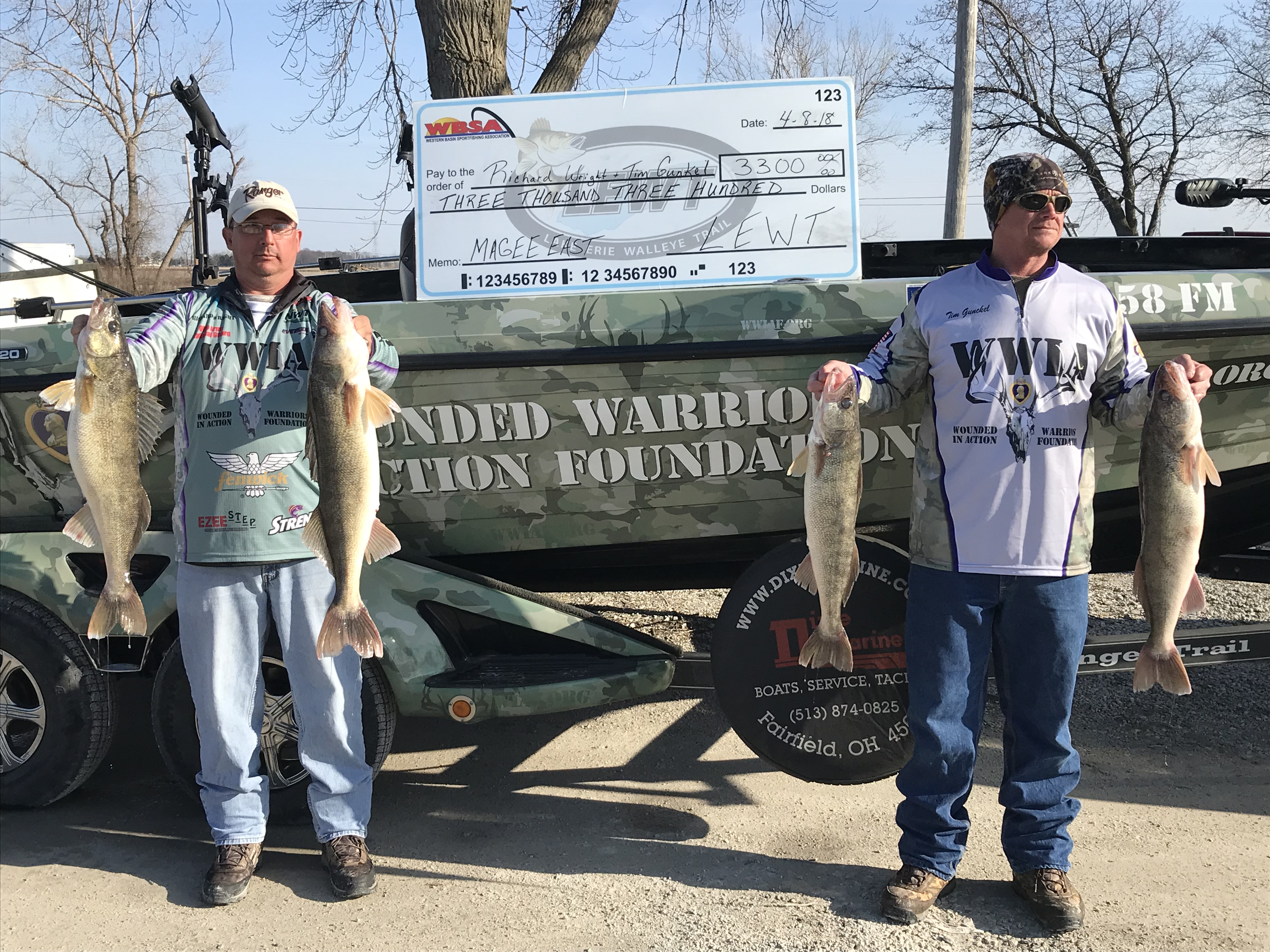 When the final results were tallied, the team of Richard Wright of Ashville, and Tim Gunckel of Greenville, took the big win and $3300 with five large walleye weighing in at 36.93 pounds. 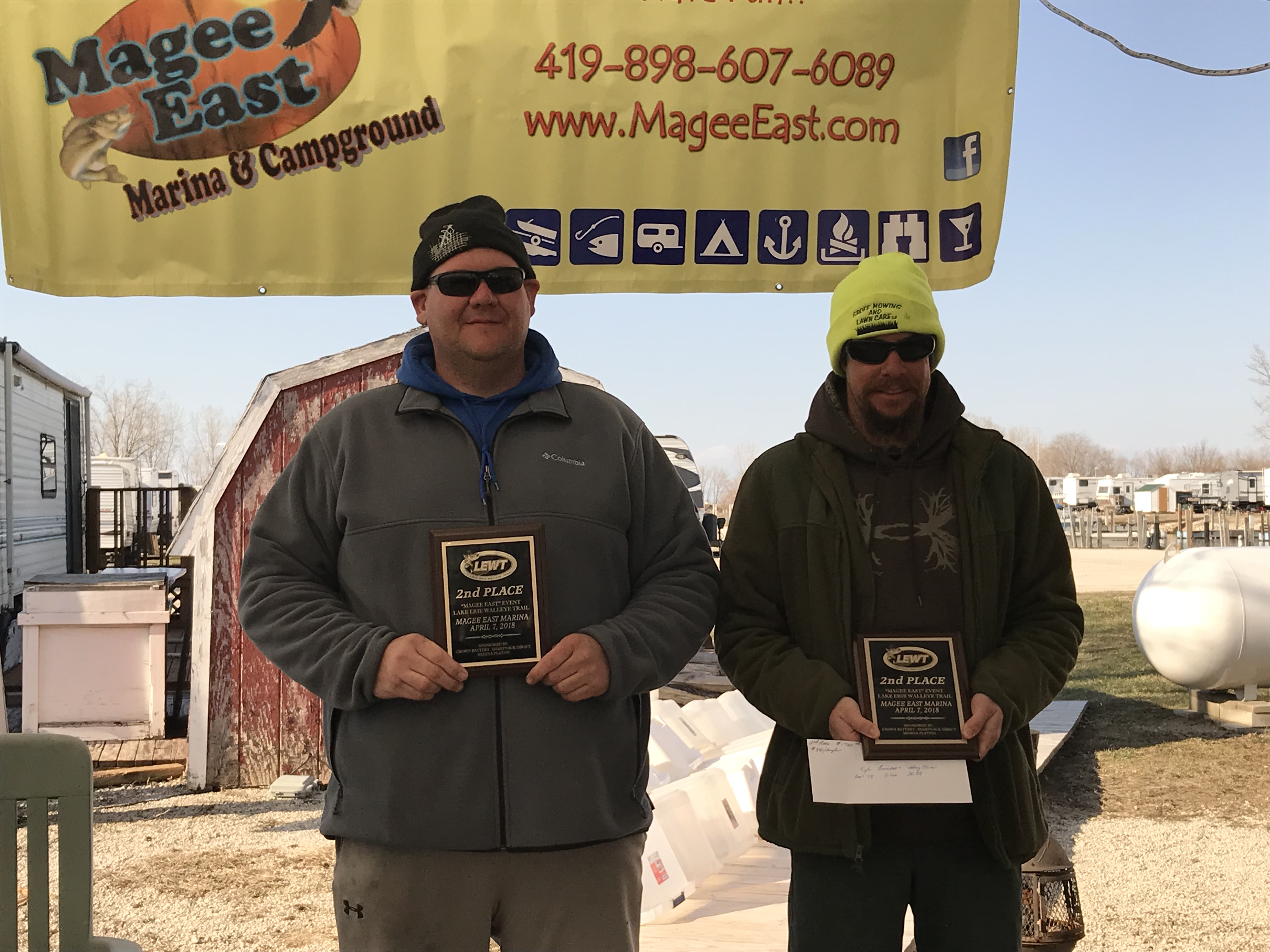 Second place and $1760 went to Jeff Oliver of Piqua, and Kyle Griesdorn of New Weston with five fish at 35.58 pounds. Bob Barnhart from Perrysburg, and Erik Van Denk of Luckey took the third spot worth $1350 with five fish weighing 35.47 pounds 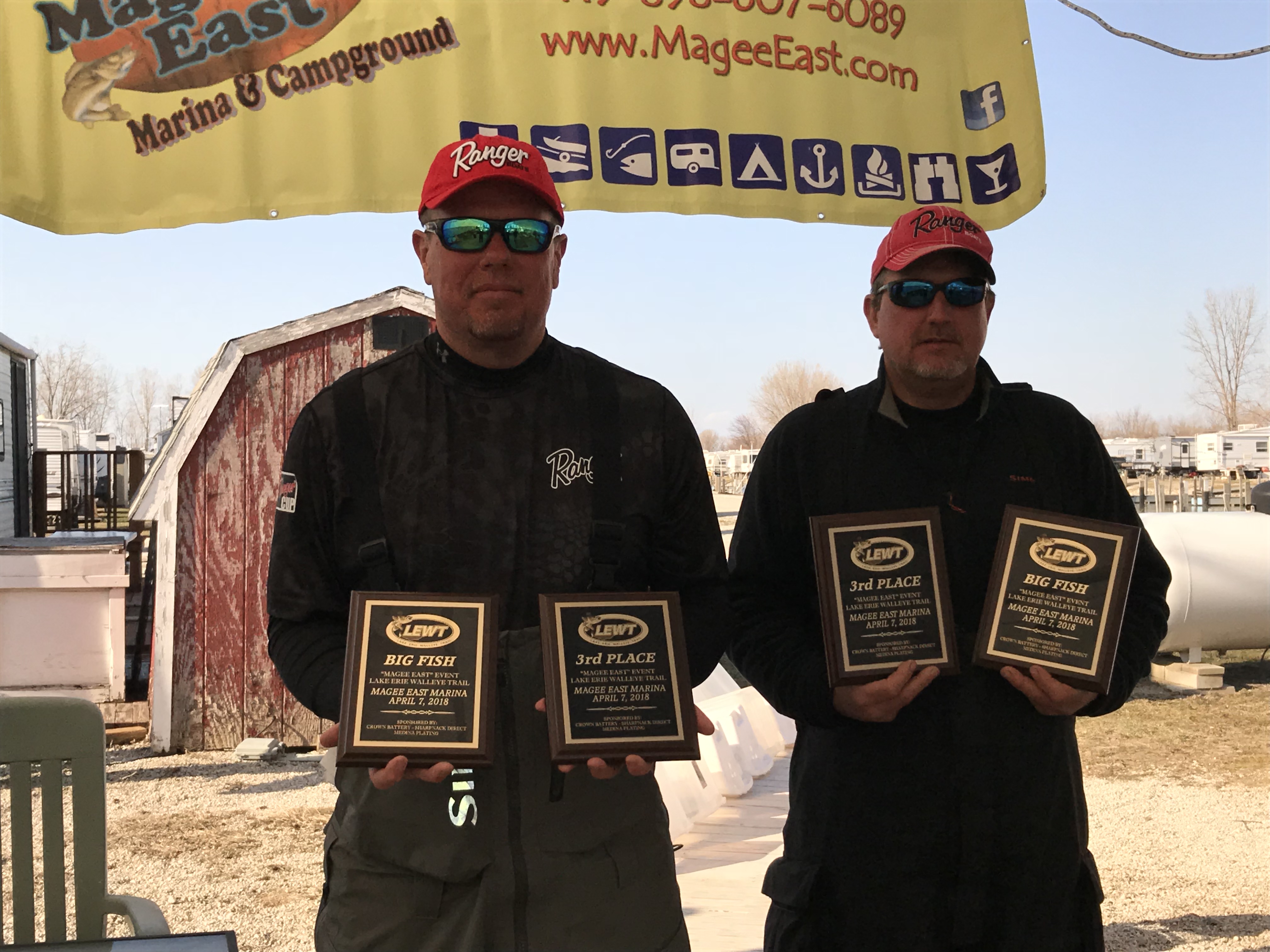 Richard Wright will receive $500 from Ranger Boats for his teams win at Magee East. Richard is a qualified Ranger Boat owner under the Ranger Cup program.

Medina Plating sponsors our Early Bird contingency that goes to the top finishing team that entered all four events before the Early Bird deadline. Wright and Gunckel added to their take with this $150 prize.

Both members of the first team out-of-the-money in 10th place won free six-month subscriptions to the Domka Outdoors Lure of the Month club. Chris Morris and Thomas Nordyke will be enjoying this prize.

Huge thank you to Ted Thomas, and his friendly staff at “Magee East” for once again being a fantastic host. We had a great crowd present at the weigh-in to cheer on their favorite anglers.

Most of the LEWT anglers donated their walleye catch, which will be cleaned by Lake Fish in Sandusky. These filets will be donated to the Victory Temple Soup Kitchen in Sandusky, who uses this resource to assist people in need within our own community.