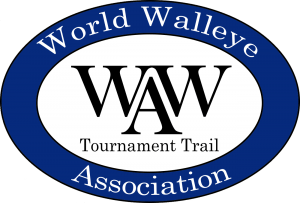 World Walleye Association (WWA) announces the rescheduling or the previously cancelled April 14th qualifier. The rescheduled event is set for July 21 out of Menominee Park in Oshkosh. This event as well as all WWA Qualifiers will include Walleye Federation, Cabelas NTC qualifying side pots where teams can win their paid entry into the 2014 NTC tournament. The NTC is currently scheduled to be held on Green Bay. Teams fishing the Wisconsin division are also competing for Team Of The Year (TOY) prizes valued at $2,500, as well as a qualifying spot in the WWA Championship. Thirty teams from the IL and WI Divisions will face off in the championship and will compete for cash and sponsor prizes, that include a 10’ Powel Pole Blade and Drift Paddle valued over $2,400, Optima Batteries and other prizes. All 30 teams will cash a check.

The 2013 WI Division season features five qualifying events along with the annual youth day. The current schedule of remaining qualifiers, is as follows:

Note: Only points for your top 4 qualifiers will be totaled and WWA championship spots will be awarded to the top teams.

Complete details can be found at www.worldwalleye.com.