Harlan Youth Angler Reels In a Nice One! 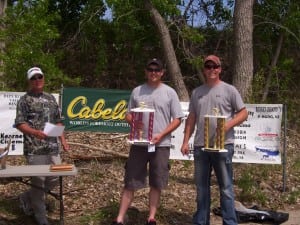 The Harlan Anglers Walleye Club held the Rodney Marshall 2nd annual memorial tournament on May 19, 2013 at the Elwood Resevoir in Nebraska. Fifteen Teams fished the tournament and the winners of the tournament were Shane and Chase Wohlgemoth with a total of 14.8lbs of fish checked in, Shane and Chase were also registered for the Nationals spot if awarded to the Club by the TWF. Each team could check in five fish and there were six teams that had five fish weighed in.  The Nebraska Game and Parks Commission in conjunction with Cabela’s gives  away ½ Price Youth Lifetime Fishing Permits to those interested in promoting Youth Fishing. The Harlan Anglers Walleye Club qualified for three of these permits with one being given away at each of the Harlan Anglers Walleye Tournaments. The Harlan Anglers Walleye club has the kids sign up for a free raffle drawing and the Club pays for the other ½ of the permit so the winner receives a  Free Lifetime Youth Fishing Permit. The Club   would also like to  extend a “Thank You” to all the area businesses for their generous donations for the tournament. These donations allowed HAWC to give out to date two free Youth Lifetime Fishing permits to date . 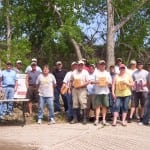 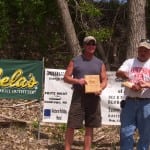 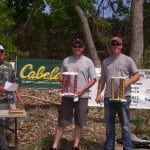